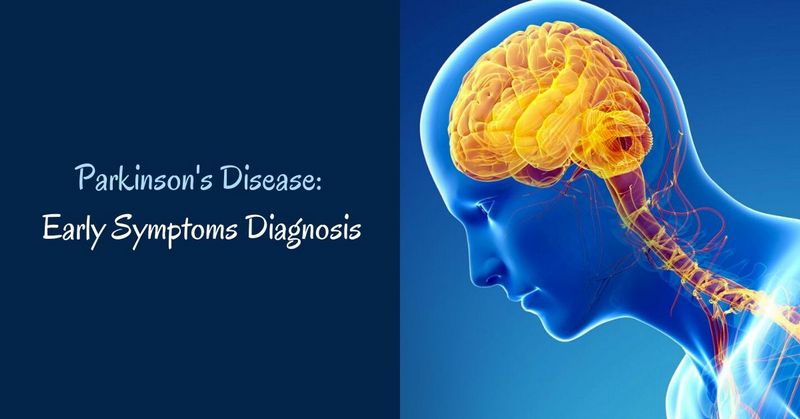 If you speak quietly, sleep poorly and complain of dizziness, you should definitely visit a doctor.

Parkinson’s disease affects about one in one hundred people over 60 years of age. The disease is characterized by the death of cells in the area of ​​the brain that is responsible for motor functions, motivation, learning. “Shivering paralysis” (as Parkinsonism was called before because of the characteristic trembling of arms, legs, chin) affects not only the body but also the mind. And, unfortunately, this is incurable.

But if you diagnose the disease at an early stage, its development can be slowed down. Here are the early symptoms that should alert you. Even if you have two or three of them, you must urgently consult a therapist or neurologist.

Tremor is one of the most obvious and common symptoms of Parkinson’s disease. In the later stages of the disease, a person cannot even eat on his/her own: his/her hands tremble with such force that they do not allow him/her to bring a spoon or cup to his/her mouth.

Keep in mind that trembling limbs can be explained by other reasons. Perhaps you are just tired. Or nervous. Or, for example, you have hyperthyroidism – an excess of thyroid hormones. Checking who is to blame is easy.

Parkinson’s disease tremors are specific. They are called tremors of rest. This means that this or that part of the body trembles when it is in a relaxed state. But it is worth starting to perform conscious movements with it.

If this is your case and rest tremor appears regularly, visit a doctor immediately.

The letters are getting smaller, the spaces between them are getting narrower, the words are bunching… Such a change in handwriting is called micrography and indicates violations in the central nervous system. Often, micrography is associated precisely with the development of Parkinson’s disease.

Movements become uneven: a person slows down, then accelerates. At the same time, he/she can slightly drag his/her legs – this gait is called «shuffling».

If you could easily distinguish the smell until recently and now you feel no smell, this is an alarming sign. Deterioration or loss of smell is a symptom observed in 90% of people with Parkinson’s disease.

However, deterioration or loss of smell can also indicate other diseases — for example, Alzheimer’s or Huntington’s disease. There are less frightening options. Perhaps you just smoke too much or breathe in harmful fumes regularly. But in any case, you should visit a doctor.

Parkinson’s disease seriously affects the ability to sleep (get enough sleep). The range of sleep problems can be extremely wide:

A person feels constrained, it’s difficult for him/her to move, he/she walks slowly, shows inhibition in the performance of everyday activities. Also, bradykinesia in Parkinson’s disease can manifest as a slowdown in the rate of speech or reading.

If others notice that your voice has become too quiet and slightly hoarse, do not brush them off. With the development of Parkinson’s disease, “voice power” decreases much more actively and faster than with normal age-related changes. At the same time, speech becomes not only quiet but also unemotional and the timbre acquires trembling notes.

Doctors call «Parkinson’s mask» a face on which there is no facial expression. A person looks detached and slightly saddened, even if he or she is involved in a fascinating conversation or is in a circle of loved ones whom he or she is really glad to see.
This is due to a deterioration in the mobility of the facial muscles. Often a person does not realize that something is wrong with his/her facial expressions.

As a rule, constipation is an occasion to add more fluid and fiber to the diet and begin to move more actively. Well, or study the side effects of the medicines you are taking.

If everything is okay with your diet and lifestyle, and constipation continues, this is a serious reason to see a doctor.

Regular dizziness can be a sign of a decrease in pressure: blood in the right quantities for some reason simply does not reach the brain. Often, such situations are associated with the development of neurological disorders, including “trembling paralysis.”

What to do if you suspect you have Parkinson’s disease?

First of all, do not panic. Almost all symptoms of Parkinson’s disease in the initial stages may be the result of some other disorders that are not related to neurology.

Therefore, first of all, you need to go to a doctor – therapist or neurologist. A specialist will study your medical history, ask questions about nutrition, bad habits, lifestyle. You may need to take blood and urine tests, have an MRI, CT scan, and brain ultrasound scan to rule out other diseases.

But even after receiving the research results, the doctor often has doubts. Your doctor may recommend that you visit a neurologist regularly to assess how your symptoms and condition change over time.

If Parkinson’s disease is diagnosed, your doctor will prescribe medications that can slow down cell death in the brain. This will alleviate the symptoms and extend your healthy life for many more years.