There is no special test for Parkinson’s disease, which sometimes makes diagnosis difficult, especially at an early stage. Parkinsonism includes a group of signs and symptoms. This may have other causes, such as dementia with Lewy bodies, progressive supranuclear palsy, as well as some antipsychotic drugs, toxins, head injuries and some types of stroke.

A general practitioner (family doctor, primary care physician) will establish the diagnosis based on signs and symptoms, the patient’s medical history, the results of the clinical examination.

Initially, when the symptoms are mild in the early stages of Parkinson’s disease, it will be difficult for the doctor to definitively diagnose the condition. If Parkinson is suspected, he is likely to refer the patient to a specialist (neurologist).

It is very important that the doctor has experience with all possible disorders that may hide Parkinson’s disease. 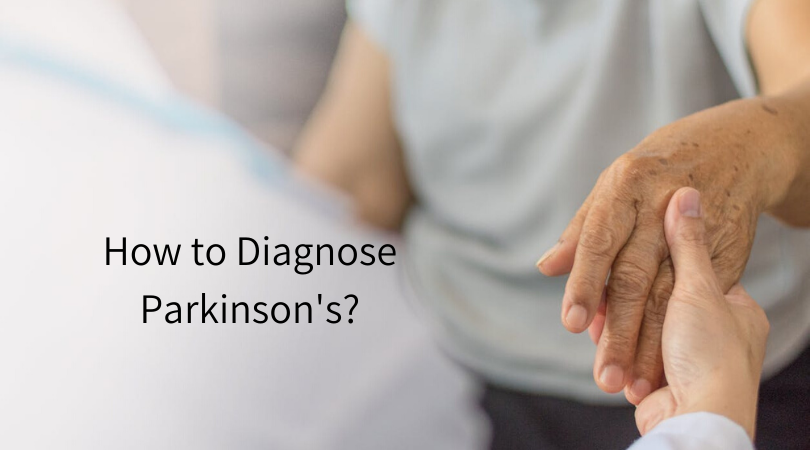 As part of the medical history, the doctor will need to know about any medications the patient has taken, as well as whether close relatives have Parkinson’s disease.

A neurological examination usually evaluates gait, coordination, and some simple manual tasks. The doctor may also check the patient’s sense of smell. He/she can also prescribe a cure for Parkinson’s disease. If it alleviates the symptoms, it will help to find out if the person has this neurological disease.

The following tests may be prescribed:

2 out of 4 main symptoms are required for the neurologist who should confirm the diagnosis of Parkinson’s disease. They must be present for a certain period of time. The 4 main symptoms include:

The following will be done to help the doctor diagnose Parkinson’s disease:

carry out a detailed neurological examination, during which the patient performs tasks to assess the mobility of the legs and arms, muscle tone, gait, and balance.

Typically, examination results are entered into a table called the Parkinson’s Disease Rating Scale (UPDRS). UPDRS was created to comprehensively evaluate and document the examination of patients with Parkinson’s disease, as well as to compare the data entered with subsequent examinations, or to transfer data to other neurologists.

A diagnosis of Parkinson’s disease is more likely if:

The doctor may need to monitor the patient for some time before the symptoms are considered constantly present. The clinical practice guidelines that were introduced in 2006 state that the diagnosis and follow-up of Parkinson’s disease should be performed by a specialist – usually a neurologist or geriatrician. Neurologist – a doctor specializing in the diagnosis and treatment of disorders of the nervous system. A geriatrician is a doctor specializing in the treatment of older people.