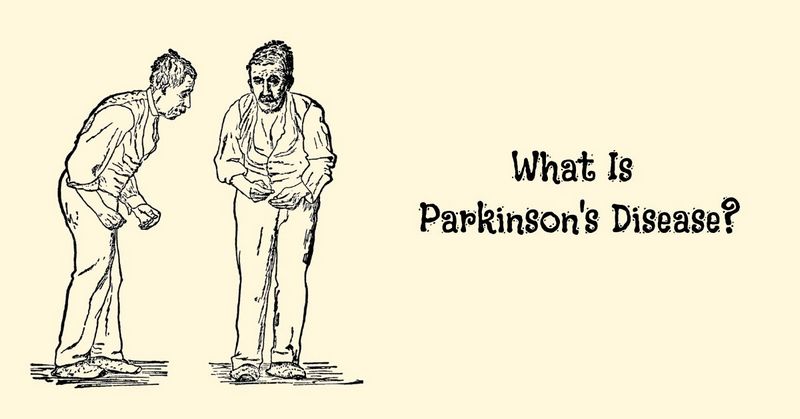 This is a disease of the nervous system, in which neurons that produce one of the most important neurotransmitters, dopamine, are gradually destroyed. Most often, Parkinson’s disease affects people aged 55–65 years. However, there are cases when the disease was diagnosed in young people aged 30–40 years. There is also the so-called juvenile form in which the disease affects adolescents under the age of 20 years.

It is worth saying that men suffer from Parkinson’s disease more often than women, although science has not yet revealed objective reasons for this fact.

How is Parkinson’s diagnosed?

Diagnosis involves neuroimaging (magnetic resonance imaging, computed tomography), necessary to exclude other diseases with Parkinson’s syndrome. Timely diagnosis and the correct drug therapy can save further motor activity and the quality of a patient’s life. Studies of recent years have shown that in the early years of the disease, its progression is very rapid and 40-50% of the neurons of the substantia nigra die in the initial period, and motor symptoms are rapidly increasing.

What are the symptoms?

Parkinson’s disease can begin with a wide variety of symptoms. In this case, the symptoms can be associated both with an impaired motor, mental activity, and functions that, at first glance, are not related to the nervous system, but concern the digestive tract and even the nose.

The most common symptoms for Parkinson’s include:

Causes of the disease

In 80% of cases, Parkinson’s disease develops without any prerequisites, but in the remaining 20%, Parkinsonism is a complication of other diseases, such as encephalitis, brain tumors, stroke, traumatic brain injuries and some others. Sometimes, poisoning with certain toxic substances (carbon monoxide, ethanol), as well as the use of narcotic substances and certain medications, in particular antipsychotics, leads to Parkinsonism.

Forms of the disease

To date, doctors distinguish three forms of Parkinson’s disease, which differ in the manifestation of one or another symptomatology:

What are the 5 stages of Parkinson’s disease?

There are 5 stages of Parkinson’s disease. This classification was developed in the 1960s and is still in use:

Although Parkinson’s disease cannot be completely cured, its symptoms can be minimized. This will help make the patient’s life easier and possibly prolong it. Maintenance therapy should be started at the earliest stages. It includes not only regular medication but also professional care, which modern geriatric centers can provide.

To reduce the severity of symptoms of the disease, a number of oral medications are widely used (the most commonly used oral dopamine receptor agonists).

The most effective drug is levodopa. However, in the late stages of Parkinson’s disease and sometimes soon after its diagnosis, the response to levodopa may turn out to be weak, so that the severity of motor symptoms and dyskinesias changes (an admixture of levodopa). To shorten the duration of levodopa therapy and thus minimize these effects, doctors can treat young patients with mild disabilities with:

However, if these drugs do not control the symptoms well enough, levodopa therapy should be started immediately, as this can significantly improve the quality of life. Currently available evidence suggests that levodopa becomes ineffective due to the progression of the disease, therefore, the early use of levodopa probably does not increase the risk of drug inefficiency.

In elderly patients, the doses of the drugs are often reduced. It is recommended to avoid using medications that lead to a worsening of existing symptoms (especially antipsychotics).

The prognosis for Parkinson’s disease is unique to each person. The main difficulty is that it is impossible to predict which symptoms will appear and when.

But the patient can significantly slow down the course of the disease. This requires a clear treatment plan and a positive outlook. Reducing stress significantly worsens every symptom, and the desire to recover, on the contrary, activates the body and increases the chances of recovery.

Also, the prognosis is extremely different for those patients who are treated with purely natural remedies and those who undergo medication, neurosurgical treatment, are engaged in physical therapy under the supervision of a doctor. But the most favorable prognosis is for those who are not just struggling with symptoms, engaged in maintaining their skills, but also learning new things. It can be both new movements and intellectual processes (learning foreign languages, drawing).

An integrated approach to treatment and rehabilitation allows a person not only not to lose their legal capacity but to live a full life.

Prevention is very important. These are not just measures to prevent the disease but the exclusion of a number of risk factors from your life.

To prevent Parkinson’s disease, it is recommended to:

Promptly started prophylaxis helps reduce the likelihood of getting sick. You should be particularly careful if relatives have already encountered this ailment.